A new feature in Scan’s application helps in photo sharing.

Scan, an app used for scanning QR codes, has become quite popular throughout the last twelve months and is now making it much simpler for individuals to use Instagram, which is a popular application used for photo sharing.

The new feature has been called Scan-to-Gram, which uses the barcodes for fast and easy profile changes.

Instagram users can simply use their mobile devices to read the barcodes and make instant changes to their profiles, which lets them follow their favorite brands and businesses or other users much more easily. The concept behind this is that it makes it much easier for businesses and individuals to encourage others to follow them, and to help take advantage of the popularity of the Scan app, which has already been downloaded more than 12 million times from the iTunes App Store.

These users can now also combine the benefits by leveraging Instagram’s growing popularity.

That program was just purchased by Facebook for just over a billion dollars. It also rapidly moved from an exclusive availability at Apple’s store to being available at Google Play (formerly known as the Android Marketplace). This allowed it to rapidly obtain millions of additional users to add to its already significant foundation of 50 million. 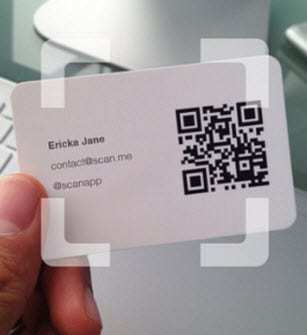 The primary purpose of Scan is to assist companies in growing their mobile presence and to help to make that experience more dynamic for consumers. The popularity of Instagram is allowing it to accomplish this goal through the Scan-to-Gram app feature.

Though the feature only just went live, there is already a page developed for Scan-to-Gram that has been created by the Instagram development team. The pages are simple and quick to create, typically taking less than five minutes to set up, and make it easy for users to enjoy.

The new feature is only the most recent of the various Scan QR codes extensions that have been created. It has also created a number of comparable features for other social networks such as Twitter and Facebook, as well as for the direct purchasing of different kinds of products. It is the hope of the company that the continued presence of the barcodes and the growing number of creative uses that are being recognized will help their skyrocketing popularity to continue.