The Amazon Prime Video VR platform has been launched, giving subscribers of this service the chance to enjoy some of Amazon’s streaming content via a more immersive experience.

Both Oculus and Gear VR headsets support the service.

Prime subscribers who are interested in using the new virtual reality service will no doubt be pleased to learn that the immersive content can be viewed using a variety of VR headsets on the markets. Among these include the Oculus Quest, Oculus Go, Oculus Rift and Samsung Gear VR.

The Amazon Prime Video VR platform can be accessed by an app and requires one of the above listed headsets. According to Amazon, the VR headsets can be used to watch “Amazon originals, channel subscriptions, live events and more.”

Additionally, the service has also been designed to allow users to search for content using their voice. The voice search feature allows Prime streamers to quickly find titles or whole categories.

To get the service up and running, a prime member will need to pair one of the compatible headsets with the free Prime Video app. For instance, in the case of Oculus, a user would simply pair their headset with the Oculus mobile app, navigate to the Oculus store on the headset and find the Prime Video app. They then need to download and install the app, launch it and sign in with their existing Amazon account to gain access to the virtual reality feature.

At present, there are only 10 Amazon Prime Video VR titles available

Presently, The Marvelous Mrs. Maisel, Guava Island, Good Omens, Catastrophe, Fleabag, The Grand Tour, Carnival Row, The Man in the High Castle, Tom Clancy’s Jack Ryan and Bosch are VR ready, according to Amazon. The company also said that it intends to expand its VR-capable library.

Additionally, there will be 360-degree videos added to the library as well. These include INVASION!, an Emmy-nominated short film, and Greenland Melting, an immersive documentary that explores the effects of climate change on Greenland.

While Amazon customers do not require Prime subscription to watch videos in their personal library, 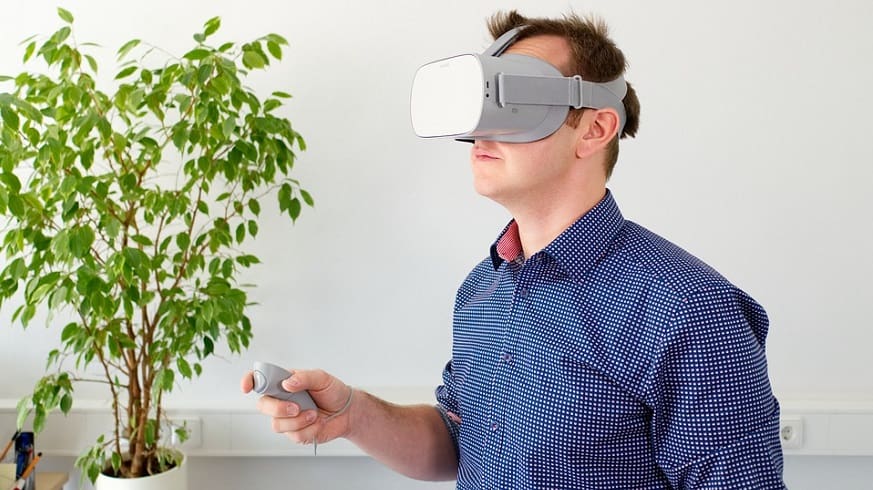 they will need a subscription and the VR app if they wish to access the virtual reality Content. Also, the Amazon Prime Video VR app is currently available for only customers in the US and UK.