The massive online marketplace is reportedly creating a new application for the smartwatch to boost its m-commerce.

Reports have been flying around the internet with claims that Amazon.com is currently developing an Apple Watch app that will allow the first owners of the upcoming smartwatches to be able to shop over m-commerce by way of their wearable technology.

Though the Apple smartwatch has not yet arrived on the market shelves, a number of applications are already lined up.

Amazon has already released a mobile commerce app for Android Wear based smartwatch users, and as the company is known for always being on the edge of innovation for its customers, it makes sense that an Apple Watch app could also be on its way. It is believed that the application will provide functions that will allow users to search for a product and to pay for their selections by way of their wrist-worn gadgets. They should also be able to expect to be capable of adding products to their Wishlist at Amazon.

It is believed that the Apple Watch app will be based on the 1-Click Amazon ordering system. 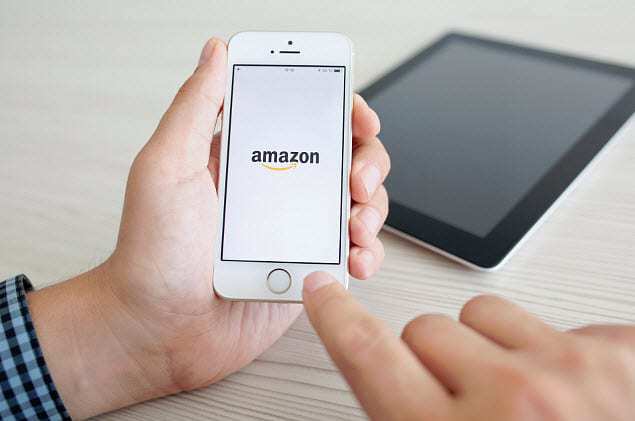 Amazon has embedded itself quite thoroughly in the mobile commerce market, so far, in terms of both applications and hardware. It has aimed at having its shopping app on pretty much every type of device that is available and that it deems to be viable. At the same time, it also bundles those applications with its own hardware, such as its Fire Phone, and its Kindle Fire tablet devices.

At the time that this article was written, Amazon.com had opted out of issuing comments on the specific details of the app being developed for the Apple smartwatch. Instead, it has simply pointed out that it continually innovates on behalf of the consumer. Moreover, it has also said that it remains committed to ensuring that its customers will be able to shop no matter where they are or when it is, and that this includes making those shopping capabilities available on wearable technology.

It is not yet known if the Apple Watch app will already be available when the smartwatch officially goes on sale (pre-orders start on April 10 and shipments begin on April 24), but if it is not already out with the device release, then it is expected that it won’t be long to follow.