Google Assistant users aren’t the only ones who can change the default voice on their smart device.

Amazon Echo now has a unique new option available for users who would rather listen to Samuel L Jackson than the default voice.

The company recently launched its celebrity voice program which will soon include several new sounds.

Samuel L Jackson is the first voice being added to the new celebrity voice options for the Amazon Echo. The program was first unveiled in September, so users knew that it was on its way. Now, the first voice has become available. Users can change the default Alexa voice to Jackson’s for $0.99. This allows them to hear his voice for making music requests, weather forecasts and others.

It’s also possible to ask questions particular to the celebrity himself. This includes inquiries into his roles, his career as a whole, or in his interests aside from his acting life.

All Amazon Echo users need to do is say “Alexa, introduce me to Samuel L. Jackson.”

Users can either request the introduction verbally or can purchase the new Alexa skill manually. To be clear, when this new feature is implemented, Samuel L Jackson’s voice doesn’t fully replace the default Alexa voice. Instead, it needs to be specifically requested when you want to hear Jackson. To use it, you must preface your question with “Alexa, ask Samuel L Jackson…”

To produce the feature, Samuel L Jackson didn’t entirely pre-record all phrases. Instead, it is in part powered by the neutral text-to-speech model for the default Amazon voice selection. Jackson recorded a substantial amount of audio for Amazon to use. Those who have already tried the feature have said that there are clearly canned responses for specific circumstances in addition to the more neutral ones for inquiries such as the weather.

Users can also choose options for either the explicit or clean versions of Jackson’s voice. The Alexa App settings menu allows users to clean up the celebrity voice so that it will be appropriate for all ages. Alternately, users can accept the regular profanity-packed option that aligns much more closely with the experience of the actor’s on-screen persona.

According to the company, the celebrity Amazon Echo voices will be $4.99 following the introductory price reduction. As of yet, the new feature doesn’t support reminders, lists, 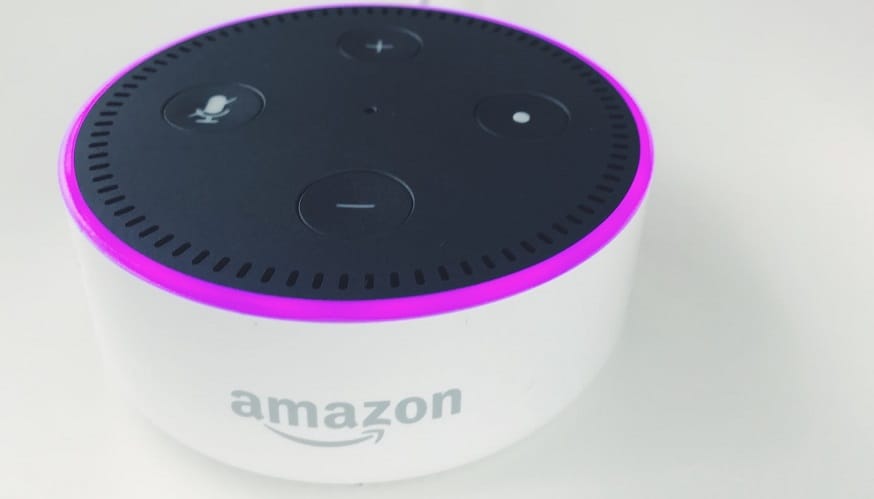 shopping, or skills. That said, all the other features – in English – are available in the new voice.