Company has posted the results of its first quarter

Alibaba, one of China’s largest e-commerce companies, has posted its first quarter results, showing that mobile has played a major role in the company’s overall performance. The mobile sector has been growing in China. More people are gaining access to mobile devices and are beginning to use smartphones and tablets in their daily lives. As such, mobile commerce has emerged as a powerful force in China, and Alibaba has positioned itself to take advantage of this growing sector.

The company’s revenue grew by 46% from what it was a year ago. Mobile now accounts for 32.8% of Alibaba’s total marketplace volume. The company has been finding success in engaging consumers through its Alipay platform. Alipay has allowed many people to get involved in mobile commerce, creating a way for them to shop online and pay for products and, in some cases, services. 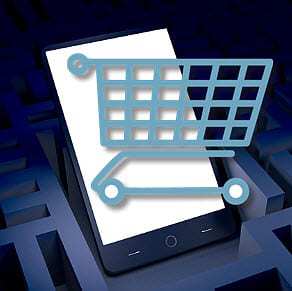 While Alibaba has found success in the mobile field, a focus on mobile commerce may be cutting into the company’s short-term profitability. The company has reported that its operating profit rose by 26% during the first quarter. Operating profit is growing at a slower pace than the company’s overall revenue. This is due to the funds that Alibaba has invested in mobile commerce. Developing a platform and infrastructure capable of supporting consumer demands has proven to be an expensive endeavor.

Alibaba is preparing to launch an initial public offering through the New York Stock Exchange in the near future. Mobile commerce has done much to improve the company’s potential standing therein, but Alibaba is beginning to face strong competition back in China. Both Tencent and JD.com are rivals of Alibaba, especially when it comes to mobile commerce. These two companies are beginning to cut into Alibaba’s market share, which could have an impact on its IPO in the future.