The technology allows for the scan of quick response codes or tap of NFC technology by shirt buyers.

A unique new program has been developed through a startup established by a husband-and-wife team, in which they are selling t-shirts that come with QR codes and NFC technology tags that can be used by customers to download the album that matches the cover image on the shirt.

The Musical Ts allow for a one-time download of the album onto a smartphone or other connected device.

The idea behind these t-shirts with QR codes and NFC technology features came from Astrella, a fashion designer, and her husband, Jason Rothberg. The idea hit them in 2012 and they started working with developers in order to make sure that they could get their grips onto the download tech that would be needed. From there, they approached record labels and individual artists in order to be able to properly license both the music and the cover art related to it, and ensure that the proper royalties would be distributed.

The Musical T’s and the albums to which they are linked by way of QR codes will be sold for $82 each. 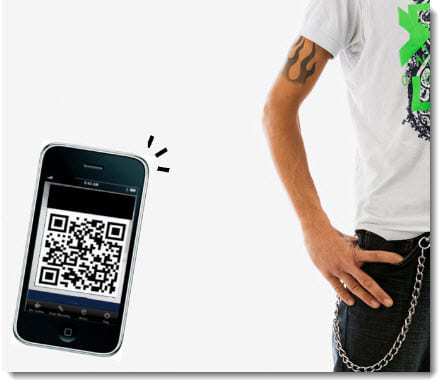 These shirts are made out of organic cotton and will be sold in the Manhattan and Santa Monica locations of Bloomingdales, as well as a number of other high-end shops. As of June, the shirts will also become available in the United Kingdom.

According to Rothberg, “This is the polar opposite of streaming services, since you buy the shirt and own that album and you’re not just renting it.” The couple partnered in making an investment of over $100,000 into the Activation Tech download technology development. It has made it possible for customers to use a PIN that they receive upon purchase so that they will be able to scan quick response codes or tap an NFC tag that is attached to the shirt with a tag. Once they make the scan and enter the unique PIN, they will be able to access a one-time download of the album for which the cover is on the shirt.

The site also provides the shirt buyer with additional music, pictures, and videos relevant to the album. A major part of the investment into the QR codes and NFC technology for downloading the music had to do with protecting the security of the customer as well as of the music rights and the rights of the graphic artists and record labels.