Americans spent more than $2.25 billion online on the two shopping days known as Black Friday and Cyber Monday alone, according to ComScore. The market analysis company also found Americans spent $43.2 billion total online in Q2 2012. These numbers were music to the cyber-ears of electronic payment processor Paypal, one of the more popular payment processors on the web. But there are many people out there who simply dislike Paypal because of its success, its policies, or both. Thankfully there are several alternatives merchants and shoppers can use in lieu of the big man on campus.

One of the new kids on the block, Dwolla was launched in late 2009 and quickly began one of Paypal’s primary competitors. Headquartered in Des Moines, Iowa, Dwolla charges a flat $.25 fee per transaction, and charges nothing when the total sale is less than $10. It directly transfers funds from one person’s bank account (the buyer) to the other (the seller) without all the red tape of credit card transactions. A mobile app is available for both iPhone and Android phones, and free to download. Dwolla launched its platform known as GRID in 2011, which permits Google Wallet and Mint payments through its interface as well.

In addition to being able tell the world about your daily activities in 140 characters or less, Twitter users can now Tweet online payments. Business owners and individuals with eligible American Express cards can now link their Twitter accounts to their cards, and complete an entire online purchase in a few key strokes. Customers tweet specific hashtags like “BuyAmexGiftCard25,” wait for AMEX to send a confirmation, then re-tweet it to complete the process. The items are then sent to the cardholders account address. The company, according to MSN Money, said no account information is shared with third parties, so the transactions are safe. 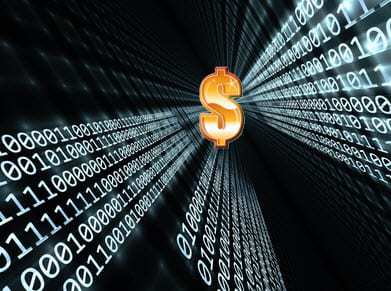 Founded in Boston in 2008, and now headquartered in Palo Alto, California, WePay has tried taking advantage of areas which it believe Paypal ignores. Founder Bill Clerico told the Boston Globe that his company wants to focus on group activities, such as sports leagues or renting conference rooms. WePay charges a 3.5 percent fee for every credit card transaction regardless of the amount and $.50 per bank payment.

An alternative to merchant accounts, Stripe not only allows direct deposits to a checking account, but also handle subscription services for web administrators using a customer relationship manager (CRM). The company distinguishes itself from competitors by being dedicated to complete transparency and protection of its users. The company told Wired that the big online money exchangers, including Visa and Paypal, have far too much power when it comes to arbitrarily cutting off businesses without going through the proper legal channels. Stripe charges 2.9 percent per transaction plus an additional fee of $.30.