In this day and age, weirdness is not always frowned upon. In fact, it is being celebrated as being unique, exceptional and one of a kind. Think of Lady Gaga’s antics and over the top costume sets but lo and behold, it seems to work really well with today’s generation.

People nowadays have grown more open-minded and tolerant about being different. After all, being different is not always a bad thing, right? It could open up a whole lot of good possibilities that we never thought possible.

Weirdness has crept into the gaming scene. Strange and odd games have started popping out everywhere. Some games have turned into great discoveries while others are just plain absurd and pointless. Here is a list of some mobile games perceived as weird but surprisingly addictive nonetheless! 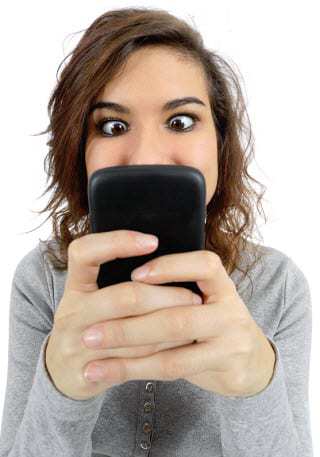 Most people couldn’t put a finger as to why anyone would want to pop a nasty pus-filled pimple. It really does look disgusting as it sounds. In this game, you get to play dermatologist by popping out the zits on your client’s face the gentlest way possible or you get no tips!

The app comes with 4 mini games as a welcome variation from your nasty derma job. If you want a game with a similar concept, but slightly less disgusting, try Hair Plucker. It is equally weird but fun too.

Playing with your poop is just plain nasty and weird, but you might think otherwise in this engaging game. The goal is to guide a cheerful pile of poop from platform to platform to reach new heights. The higher your poop goes, the higher your score.

So, what are you going to do with a 25 foot pizza? I’m sure eating it comes to mind first but this is not an ordinary pizza. It is a freaking, giant angry pizza with eyes and mouth large enough to eat you whole! Don’t be deceived by Mr. Pizza’s hard crust exterior, as he is actually a softie and plays on your team.

Mr. Pizza rolls around to crush the skeletons trying to take over the city. It is your job to keep him safe from sharp objects as some skeletons are armed with spears. Play 10 levels of this silly yet addicting game for free!

It is weird to find a game with death as the ultimate goal. Meet Karoshi, a Japanese salesman who thinks he has seen and lived it all. He wants to end his life but wants to do it in a humorous way and that is where you come in, help Mr. Karoshi work through 50 logic puzzles to find hilarious ways to die.

This game has a similar concept to paper toss. It is different in a sense that instead of tossing crumpled paper to the trash bin, you’re going to continuously toss ice cubes down a plumber’s butt crack. It is a mindless game which could have you playing for hours!

This game doesn’t only have a very charming and cute promotional video but it sure is a delight to play. The funny characters add charm to this incredibly simple but engaging mobile game. For the longest time, its unavailability on Google Play only made hearts grow fonder.

After much pleading, dumb ways to die is now available on android devices. The objective of this game is to help the characters avoid death at all cost. As you progress through the 15 levels, it gets harder and harder as you are required to respond lightning fast!

There is nothing unusual about a strategy game of attack and defense but it gets weird when the leading character is an army of sperm. The recreation process is a tough competition as only 1 out of millions can fertilize an egg cell.

This game list is an example of weird in a good sense. Always get your game face on to try new things, even the weird ones. It is a way for you to keep feeding your mind with new and startling discoveries.

I am sure you’ll get a kick out of these weird games that most people probably never thought existed so there is that feel of exclusivity to it. Make your device stand out with all these unusual but surprisingly good games. Come on, let’s be weird together!

Aldritch I is a technology and gaming enthusiast and loves writing about them. He can pretty much write anything that grabs his interest. His idea of a great pastime is discovering new apps that most people never thought existed.