Like Google’s Pixel and Nest products, the materials used don’t allow for that darker color.

As Google increases its sustainability push, it has unveiled its upcoming recycled plastic Chromecast device. Among the first issues that many people noted about the design is that despite the color variety, there isn’t a black model available.

The reason the product isn’t available in black is directly linked with the materials used to make it.

The same can be said about the recycled plastic Chromecast as the Pixel and other Nest products that Google has produced with these materials. They’re directly linked with the color availability.

According to Google, the device with Google TV is sold in three different colors. Those are called Snow, Sky and Sunrise. Essentially, they are white, a baby blue and a dusty rose pink. This is a stark contrast from former models, such as the second generation, which included black, vibrant red and bright yellow.

The tech giant said that it selected those particular shades for the latest model because they are inspired by the home and remote control. They say that they match the device’s body color, which is always visible. In this way, the gadgets also align with the aesthetic of the brand’s other products, which the company says provides an “approachable” feel for the product.

That said, it is the sustainability goals that led to the absence of a black recycled plastic Chromecast.

The reason is that dark plastics are notoriously difficult to source in large quantities from recycling facilities. As a result of its commitment to using only recycled plastics for the production of the devices, it opted away from the popular black color. Moreover, it also stated that it will be rethinking other areas in which it had previously used dark or black plastics overall. This has led many to speculate as to whether there would no longer be any dark colored Pixels in future models, as well.

That said, it should be pointed out that the new recycled plastic Chromecast with Google TV isn’t made of 100 percent materials sourced from recycling facilities. In this new model, 49 percent of the plastics used for the product are sourced in that way. That said, the specific source of the recycled materials was not noted, unlike in other Google 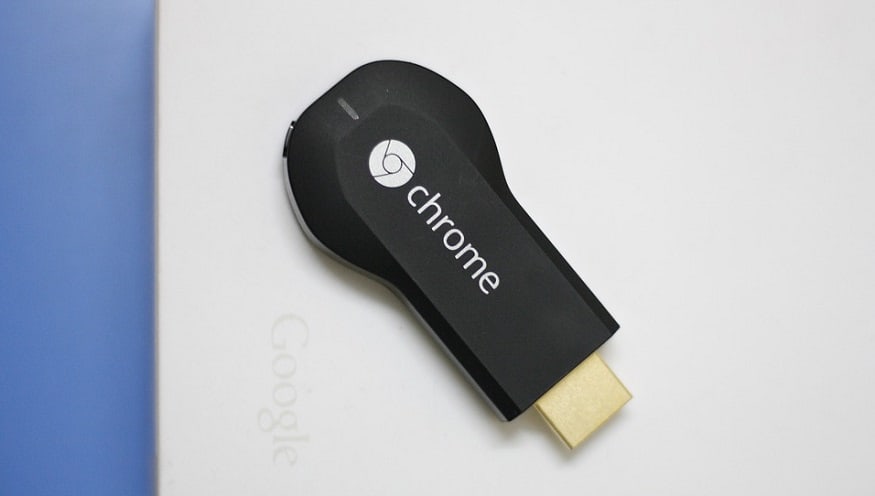