Ottawa is testing out a contactless system for its single ride tickets at one of its stations.

Passengers taking the light rail train in Ottawa, Canada, can use tap-to-pay tickets for contactless rides in a pilot program. The mobile wallet-based payments are available for single rides starting at one pilot station along the network.

Passengers purchasing their single ride fares at Rideau Station can participate in the system test.

The single ride adult fares on the light rail transit network throughout Canada’s capital uses tap-to-pay. This uses near field communication (NFC) technology to complete ticket purchases. In this way, all riders need to do is tap their chipped credit card or NFC enabled mobile wallet to get through a touchless entry gate.

The trial held by the OC Transpo needs to be fully completed before the transit authority will roll out the contactless ticketing system across its entire light rail and bus network. That said, it feels that the new system has promise, particularly now as riders are seeking for additional ways to avoid contact whenever possible.

The tap-to-pay tickets options are extremely limited at the moment, but the goal is to roll out in time.

“You cannot tap to pay for other fare types, including discounted fares, monthly passes and DayPasses, during the trial period,” said a statement released by OC Transpo. It went on to add that “transfers for fares paid by tapping credit cards or smartphones will be available in late 2021, based on the results of this trial.”

Beyond chipped credit cards and NFC enabled smartphones, Apple Watch and other NFC smartwatches can also tap to complete their transaction through mobile wallets such as Google Pay and Apple Pay. Before this system, the only option available for tapping was through the transit’s own Presto card managed by Metrolinx.

The tap-to-pay tickets solution pilot is a limited test run with Scheidt & Bachmann. That Germany-based company specializes in fare and parking services. According to 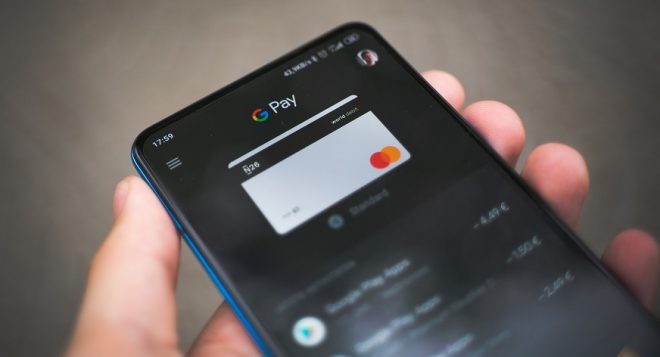 OC Transpo, the expectation is that this system will eventually roll out across all light-rail stations in Ottawa, as well as on every bus in the city, before the close of 2021.