Starbucks mobile payments are continuing their steady trend toward increasing usage, according to the coffee chain’s most recent quarterly earnings report.

The third quarter earnings at Starbucks were reported to be $5.66 billion, representing an 8 percent increase.

That said, despite the healthy rise over the same quarter last year, Starbucks missed its predicted target of $5.76 billion. The company’s non-GAAP earnings were $0.55 per share, which managed to meet expectations. That said, there was a 5 percent year over year growth in same store sales in the United States.

The Starbucks mobile payments features – both existing and new – managed to gain a considerable amount of adoption. In fact, the company reported that using smartphones to complete transactions rose to 30 percent of its total in American stores. Last quarter, that figure was 29 percent and during the first quarter it was 27 percent.

There are a number of features encouraging new and continued Starbucks mobile payments usage.

Among the digital features driving mobile transactions at Starbucks is Mobile Order and Pay. This allows people with the company’s app to be able to make their order over their device so they can completely skip the line. Users of that feature alone accounted for 9 percent of the company’s total transactions. This represents a healthy 8 percent increase over the feature’s performance in the previous quarter. Moreover, it was a 5 percent year over year increase for that quarter.

“Starbucks leveraged food and beverage innovation, an elevated in-store experience and personalized digital connections to our customers to deliver another quarter of record financial and operating performance, despite the softness impacting our principal sectors overall,” said Starbucks CEO Kevin Johnson. 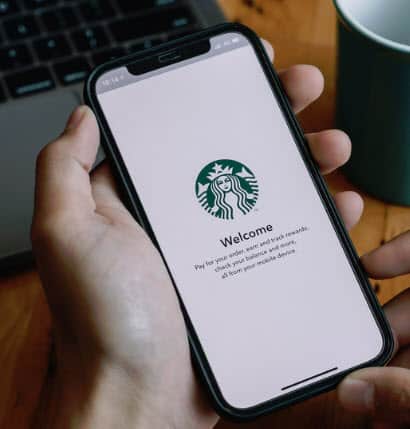 grab hold of more share moving forward. This is well reflected by the Starbucks mobile payments use, which is considered to be the success benchmark for many proprietary digital wallets.