Device users faced an unusual struggle in attempting to take a picture of the orange apocalyptic skies.

Smartphone cameras were having a particularly difficult time as users attempted to capture images of the Californian West Coast’s orange skies.

Massive orange smoky clouds from uncontrolled wildfires changed the color of the sky in California and Oregon.

People have called the look of the skies in parts of Oregon and California apocalyptic, or as though they were looking at a landscape on Mars. That said, as they raised their smartphone cameras to capture images of what they were seeing, their devices failed to pick up the striking orange shade they were seeing with their naked eyes. Instead, the pictures they took appeared washed out or as though they were photographing a grey sky with a slight orange tinge.

The primary reason behind this problem is the automatic color correction that has been built into most preloaded phone apps, explained a recent Futurism report. The app software is programmed to automatically adjust the exposure and hues of an image in order to capture the appearance of a sky that appears to be more typical. Said another way, the app expects a sky to be blue, overcast grey, or the dark of night. It does not expect a sky to appear vibrant orange and therefore corrects for that.

Most smartphone cameras automatically make these adjustments without the need for manually applied filters.

Fortunately for device users who want to capture that perfect shot of the orange skies in California and Oregon, there is a way to overcome the automatic adjustments. The key is to use a manual override of the color correction features in the app. Some apps are easier to control manually than others.

Many phone users are also downloading third party apps that will make it easier to make their own adjustments for more accurate results.

However, there is an even easier tip that many people have now discovered to overcome the automatic smartphone camera color corrections even without knowing anything about manual overrides. The strategy involves including something in the frame that the app will recognize in its normal color, such as a person. When the app adjusts to that part of the image, it will leave the orange sky background 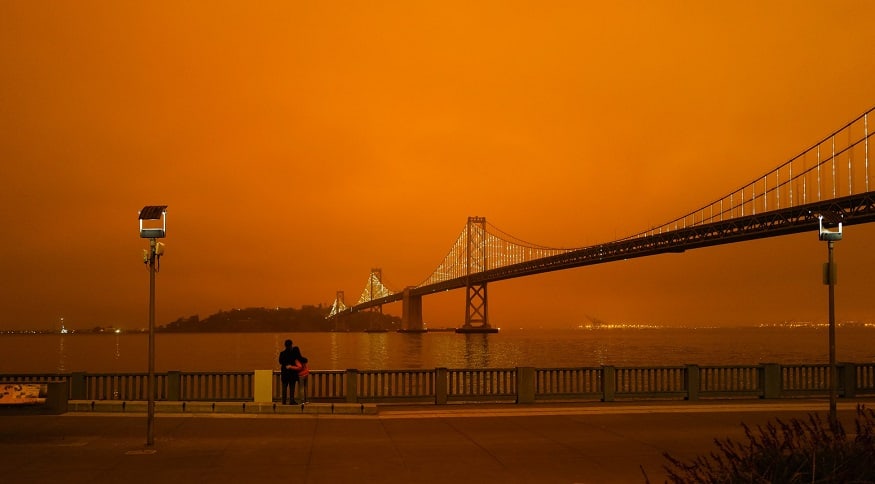 unadjusted. Switching to the “daylight” setting can also bring improved results, as can turning off the app’s auto white balance.