These easy-to-use quick response codes allow people to learn more about the facilities and features.

In a recent report by the Atlantic City Council, it was announced that new park QR codes would be rolled out to among the improvements being made to the area.

On top of the changes made to the public facilities, the quick response codes will provide accessible information.

The original announcement was made by Atlantic Park Director Bryant Rasmussen as a part of his annual report to the Atlantic City Council. The park QR codes are a component of Rasmussen’s goals for the department, in addition to current facility improvements. He explained that following the presentation he made last year, he knew he wanted to keep the council up to date on the activities, strategies and plans of the park staff, particularly during a time in which a pandemic is ongoing.

“We’ve been out trying to be active and doing as much as we can while still trying to be safe with all of our employees,” he explained. Among the primary goals of the department is to improve the parks and make them more practical, informative and usable for visitors. Among the other improvements he mentioned when speaking to the council was an improvement to the pool’s shade structure.

The park QR codes are a part of a broader effort to improve facilities where people need them most.

“One of the things we’re looking at right now is trying to update our shade structures at the pool,” said Rasmussen. “We didn’t open last summer, so we were able to get the pool painted. Hopefully, knock on wood, we’re able to open up for this upcoming season (and) roll out a few new items just to excite people that the pool’s opened back up.”

The quick response codes will be headed to a number of different areas around the park. The idea is to make them easily accessible to people no matter what part of the park they are using, so they can obtain the information they need or that will be interesting to them.

There are already a few of the barcodes in place. These have been successful and show visitors the rules for playing fox and goose or bocce ball, as well as techniques to use to be able to cross country ski. 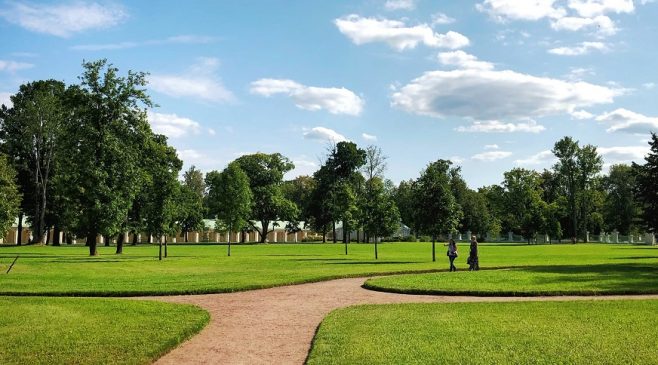 The existing park QR codes system allows staff to see how often the barcodes are scanned. This has made it clear that this will be a helpful tool that visitors will be willing to use to learn more about enjoying the park.