A new Greenfield Veteran’s Memorial Mall mural QR code has been added to direct people to learn more about the historical information linked to the Massachusetts display.

The goal of the barcode is to let people see the display as more than just artwork but as historically significant.

Artist Rebecca Tippens of nearby Colrain Massachusetts joined others in painting the original display back in 1990. At the end of November, Tippens was joined by Nancy Baker and Mik Muller in adding a mural QR code feature. The barcode can be scanned using a smartphone and directs people to the GreenfieldMural.com website.

Muller, of Montague Webworks, contributed by taking part in the creation of the website, which provides the history behind the mural. Tippens explained that by scanning the barcode, visitors will be able to use a page on the site called “Mural Pieces”. That component will provide relevant information about the various images in the display and the unique historical connections they make to Greenfield, Massachusetts, and the wider Pioneer Valley region.

The idea is to use the QR code mural feature to ensure the display maintains its story and relevance.

“Using the QR code you’ll learn about both the item’s history and how people are working to keep that history alive,” explained Tippens.

The webpage makes it possible for site visitors to click on the specific images from the mural and find out about their context in history. For instance, when the canoe image is clicked, the site provides information such as that “the Native peoples of the region, predominate amongst us, the Pocumtuc, have long built canoes that ply the rivers and that are easily portaged.” Moreover, people can discover that under the painted canoe’s gunwale, the sweetgrass depicted is native to the region and is used for basketmaking. It is also an important item for ceremonial purposes.

“I’m really excited to see people come by and see them clicking on their phones,” said 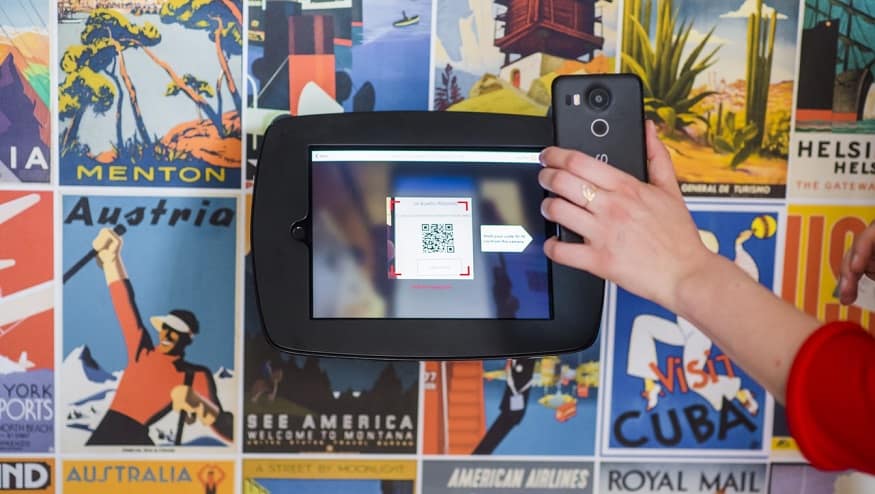 Tippens when the QR code mural feature was installed on her display at the Greenfield Veteran’s Memorial Mall.