The e-commerce giant is printing the barcodes on its boxes for use with a quietly launched app.

Amazon QR codes are being added to the company’s shipping boxes to work with a new augmented reality (AR) application it recently quietly launched.

The idea it to use the app to scan the barcodes for an “interactive, shareable” AR experience.

The app is plainly called “Amazon Augmented Reality.” It uses the Amazon QR codes to provide a “fun way to reuse your Amazon boxes until you’re ready to drop them in the recycling bin.” It looks as though there will be several different barcodes on the shipping boxes, meaning that there will be various different experiences for consumers to enjoy.

For instance, one screenshot of the app’s official description shows a person drawing the face on a pre-printed white pumpkin in order to transform it into a jack-o-lantern. Then, when the quick response code is scanned, that drawn-on face becomes an AR object. Additional features allow the pumpkin to be further decorated with clothing and other accessories by pressing other app buttons.

A second screenshot shows an augmented reality pumpkin and bat wings over a dog’s image. There is another image showing that the box is converted into an AR blue car following the barcode scan.

The Amazon QR codes will also bring to life animated characters, including the smile logo itself.

The video accompanying the application’s listing at the App Store showed other animated characters, as well, including an AR corgi dog that leaps happily out from the box following a barcode scan.

According to the e-commerce giant’s description of the application, users of smartphones capable of TrueDepth technology will also be able to use the device camera to track facial movements to enable selfie-mode features.

The app is available at both the iOS App Store and on Google Play. It appears to offer only entertainment functionality exclusively when used with a shipping box from the company 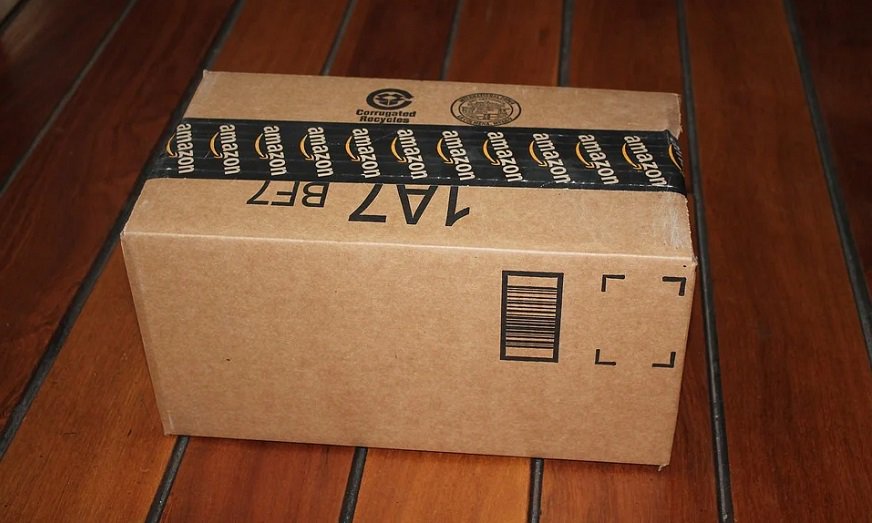 that has Amazon QR codes printed on it. It appears that the experiences will be seasonally appropriate, as much of the current experience availability is pumpkin themed.